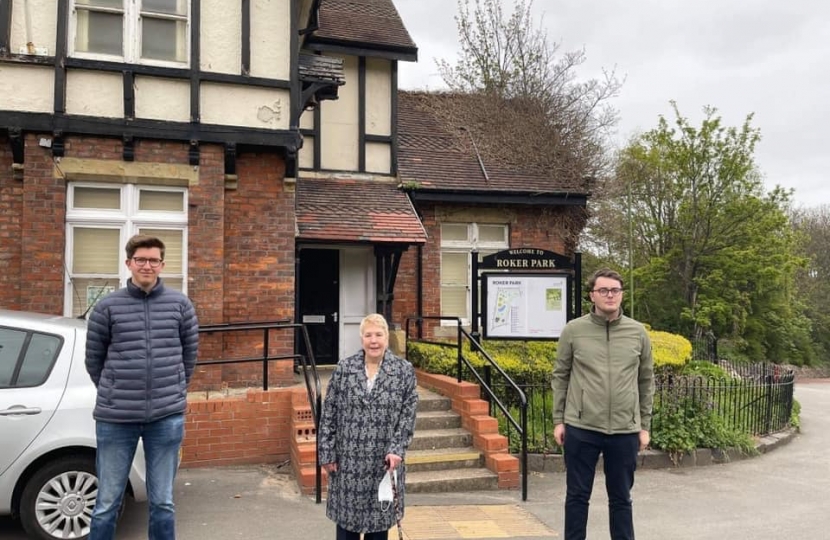 Josh, Shirley and Sam hold ward surgeries on the first and second Saturday of each month, from 9.30-10.30am in Roker United Reform Church. An additional surgery is held on the first Thursday of the month, at the same location, between 6-7pm.

They support residents with issues including speeding, littering, road repairs, anti-social behaviour and community cohesion on Roker Avenue, and improvements to Roker Park. During the COVID-19 pandemic, Josh and Sam delivered food parcels and hot meals to over 70 elderly residents each week.

The team attend Friends of Roker Park and other community group meetings and keep residents up to date through their regular 'St Peter's News' newsletter.

Cllr Josh McKeith, Cllr Shirley Leadbitter and local campaigner Sam Johnston are aware of several issues in the Roker Marina area - and have forwarded their concerns to council officers.

Local Conservatives have expressed anger at the news that a minibus belonging to St Benet’s RC primary school was stolen on Tuesday 21st July.