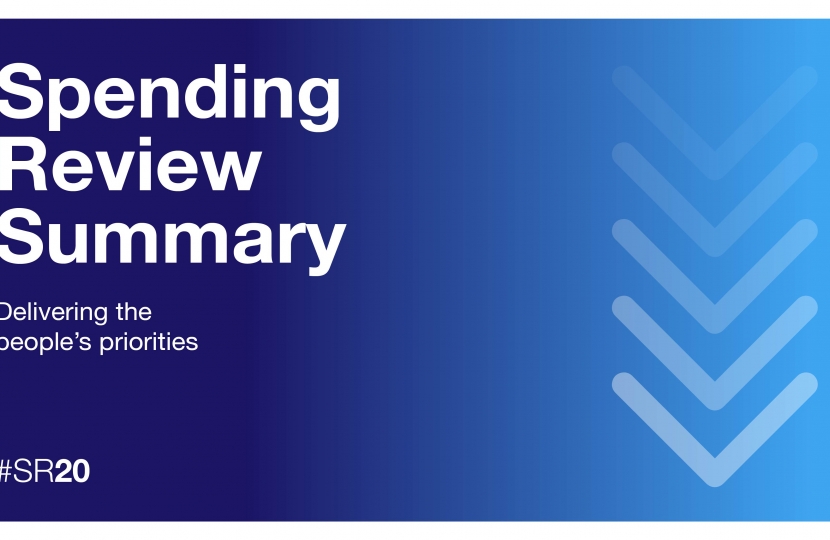 At today's Spending Review, the Chancellor announced that we will do the following:

Provide £280 billion to get our country through coronavirus.

Give £3 billion to support NHS recovery, allowing them to carry out up to a million checks, scans and operations.

Give a pay rise for over one million Nurses, Doctors and others working in the NHS.

Provide over £24 billion investment in defence over the next four years, the biggest sustained increase in 30 years.

Cutting foreign aid down to 0.5% of GDP

Increase the schools’ budget next year by £2.2 billion

Fund the Prime Minister’s commitment to rebuild 500 schools over the next decade.

Give over £3 billion to local councils.

Plus an extra £250 million to help end rough sleeping.

Allocate £3 billion to deliver a new, three-year Restart Programme to help over a million people who’ve been unemployed for over a year, find new work.