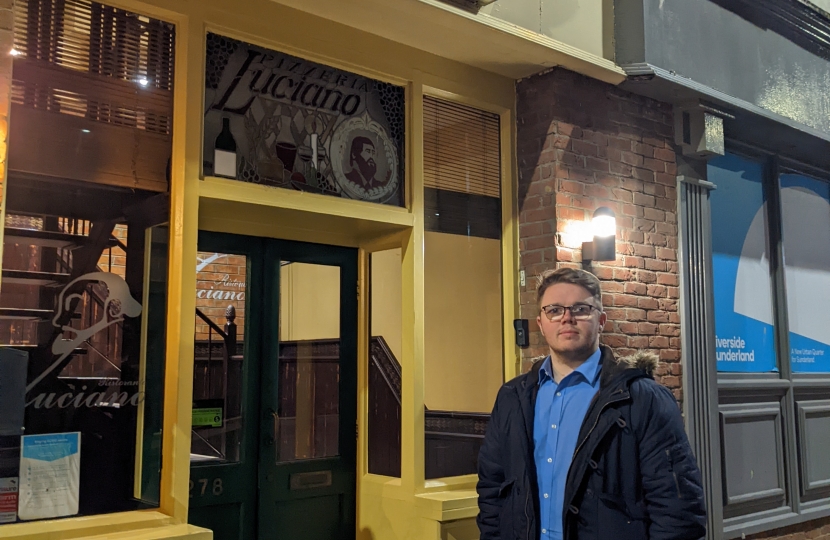 Local Conservatives are calling on Sunderland City Council to take urgent action to support a much-loved city centre restaurant at risk of closure.

Luciano's has operated in Sunderland City Centre for over thirty years and provided happy memories to generations of families.

The building in which Luciano's is currently situated is set to be demolished to build the new Culture House.

Whilst Culture House is funded by the government, the Council is responsible for determining its location.

Luciano's was promised a suitable, alternative venue but so far the Council has not offered anything that could practically or reasonably be used as a restaurant.

Cllr Antony Mullen, Leader of Sunderland Conservatives, met with Habib Farahi the owner of the business on 21st December 2022 to discuss the situation.

"I am appalled but not surprised by the Council's treatment of Luciano's.

"The promise to re-locate the business to a suitable venue has not been fulfilled.

"It is my intention to try and secure Habib the meetings required to resolve this issue as soon as possible, so that Luciano's can continue to operate from a city centre premises and enjoy the custom that it has had for over three decades.

"I have previously supported an organisation in my own ward which was relocated following a compulsory purchase order of its premises. The Council similarly promised new, modern accommodation in the early stages of the talks to move the group but then failed to honour those commitments.

"It is sad to say that small businesses and community groups do not trust the Council because of this kind of dishonest behaviour."

Luciano's customers have set up a petition in support of the restaurant. It can be viewed here.