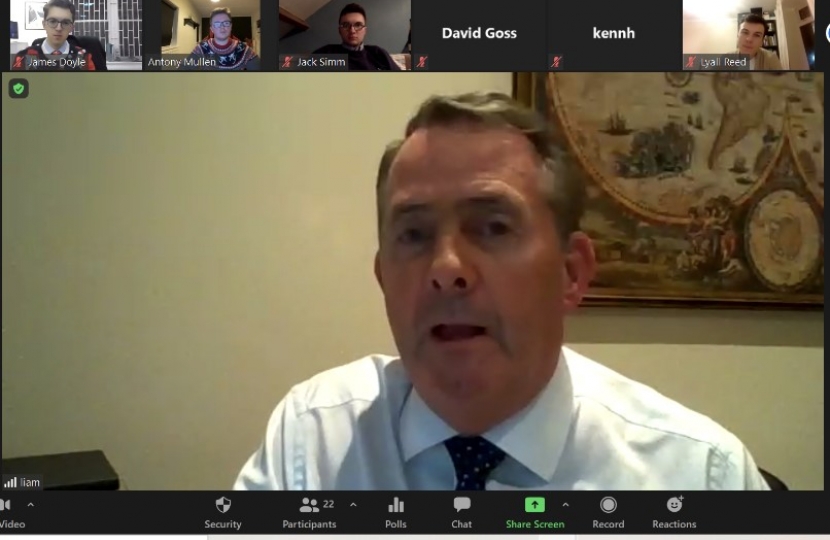 The former Defence Secretary was ‘in conversation’ with Sunderland Conservatives Leader, Cllr Antony Mullen, at an event which took place on 14th December.

Dr Fox, who was the UK candidate for Director-General of the WTO, told Cllr Mullen that he intends to lobby for the introduction of a “small business test” in the next budget.

This test would see every piece of legislation, regulation and taxation scrutinised to understand its impact on companies prior to being enacted.

Dr Fox told attendees that small businesses are “the lifeblood of the economy” and said he will urge the Prime Minister to make the Conservatives “the champions of small business”.

“I think we need to think about the post-Covid recovery and think, post-Brexit, what kind of economy we want to have, with or without a deal.

“I believe that stuffing the public sector with even more money is not the answer. This must be a private sector-led recovery but more explicitly a Small Business Recovery.”

“The government has helped many small businesses in Sunderland through the pandemic, with millions of pounds in financial support.

“It is encouraging to see senior Conservatives like Dr Fox look to the future to ensure the government puts small businesses at the heart of our economy post-recovery.

“There are many successful independent businesses in my ward and across the city, and it is important that we help them thrive.”