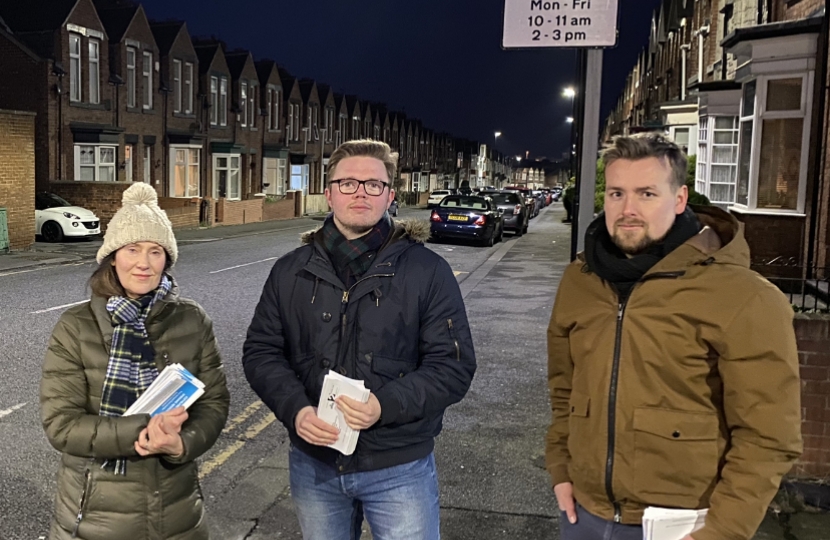 The petition, which is signed by residents of Cleveland Road and the ABC streets, is part of a campaign by local Conservatives to make the area safer following a number of serious collisions in recent years.

The Conservatives have been campaigning over the last year to get the Council to take action in the area, including raising the issue with the Council's Chief Executive.

The team has been successful in lobbying for junction protections, which will be installed as part of the new CPMS, to improve visibility for drivers entering Cleveland Road but still want to see the speed limit reduced.

"The recent accidents we have seen on Cleveland Road as a result of speeding have been horrific. On more than one occasion, we have been lucky that somebody wasn't killed.

Residents in the area should not have to live with the fear of a car ploughing through their front wall or with the anxiety that their street is too unsafe for their children to go outside.

Richard has submitted this petition to the Council to demonstrate the widespread support that exists for a reduction in the speed limit. We hope the Council will listen and take action."

Today we have published our Covid-19 UK Vaccines Delivery Plan, setting out how we plan to deliver the biggest vaccination programme in British history, to protect all those who need it most as quickly as possible.